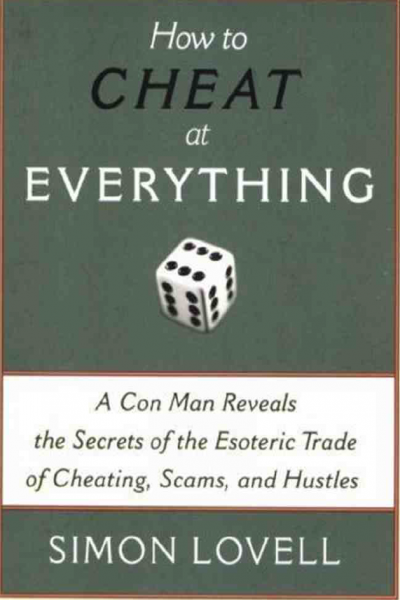 How to Cheat at Everything

A con man reveals the secret of the esoteric trade of cheating, scams and hustles. Billion Dollar Bunko.

WHEN I FIRST MET SIMON LOVELL, SOME TWELVE YEARS AGO BY MY TALLY, I knew of him only by his reputation, only as a fellow who performed a novel yet deceptive Second Deal. Our first meeting came at the annual gathering of a by-invitation-only group of the world’s best sleight-of-hand performers. I had no notion of his membership in the zany fringe of the British comedy community. I also had no inkling of his affinity or affection for the secret and guarded world of the con man. To this day, Simon remains a curious balance of droll free-form poet, benevolent lunatic, serious practitioner of the craft of sleight-of-hand and devoted student of the short con. These divergent elements of his ranging interest became evident, however, almost from the first. I learned during the first days of our acquaintance that he had assembled much of the information that is a part of this volume. I learned also that he is quick with a glib, if non sequitur, rejoinder and affable in most any situation. This, combined with his passion for the afore-mentioned subjects, in which we share devotion, has been the cornerstone of our novel relationship. We often laugh at how others misunderstand the way we interact. Our animated discussions seem to persuade others we are on the verge of fisticuffs yet there has always been a shared joy in the fervor of our exchanges. The passion that has fueled our friendly disputes also drove this work. I have looked forward with whetted anticipation to the day this collection would become available. Today is the day and the fruit is tasty.

Any work, whatever its genre or perspective, can only be fairly judged by the goals it sets for itself. It is grossly unfair to judge a wine as flawed because it makes a poor beer. Simon has set himself a herculean task in crafting this volume. Presenting so much information of such diverse and arcane nature in a form that is both readable and accessible is no mean feat. The task is all the more challenging because it demands, as prerequisite, that one have accumulated and assembled the knowledge in the first place. Most prior works of this broad type have been somewhat academic in tone, more tutorial than entertainment, more preparatory than protective but always with a sense of distance. Those who have undertaken such quasi-educational compilations have endeavored to remain removed from the fray, judging from a preachy perch. Mr. Lovell has set about to present more of the mindset of the immoral denizens who persuade themselves they are merely amoral. This outlook is difficult to embrace for those who do not share it yet, in its way, appealing for the color and edge such a life view spawns. Dostoevsky and Runyon might smile for, to the degree it succeeds, this work allows the reader to invade the mind of the impure of heart without becoming impure.

Simon’s task was to balance these disparate elements in this one rathersizable volume. While each reader will perforce judge their experience of the work for him/herself, there are criteria one can apply in determining his achievement: Do you come away from reading this work with a wide range of knowledge you did not have prior? Failing that, do you find it a more complete assemblage of such arcane material than you have found elsewhere? Do you find Freddy, the protagonist of this spicy yarn, colorful, despite his meager morals? Does Freddy help hold the information together, putting a human face on what could be a dry compilation of data? Finally, will you find yourself referring to this work whenever you cross paths with some hustle, scam or con that threatens your bankroll, hopefully before forking over your money?

I suspect the answer to most of the above questions will, for many, be a resounding, “Yes!” A few will find issues raised herein propound a moral quagmire; few cons prove effective on the completely honorable. Still, there is no culpability in being a con’s target. Without offering the cheat any absolution, one does share complicity in being a con’s victim. Remember that this book is not a primer for the cheat-in-training but an advisory for the would-be victim. If you come away wiser, cannier and just a bit more suspicious of any deal that looks too good, this book will have served its purpose. Thank Freddy the Fox and Simon Lovell, your guides on the road to enlightened skepticism. Mr. Lovell will have achieved his goal and you, good reader, will be amply rewarded for having enlisted this recording of his lifetime of experiences. 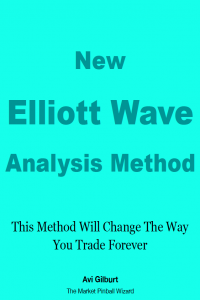 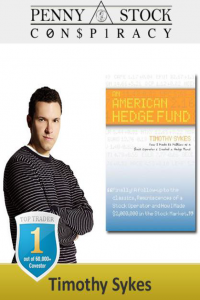 How I Made $2 Million as a Stock Operator & Created a Hedge Fund Timothy Sykes Đặt in tại HoaXanh.

Đặt in ebook The Rise of Mr Ponzi: The Autobiography of a Financial Genius pdf tại HoaXanh

The Rise of Mr Ponzi: The Autobiography of a Financial Genius